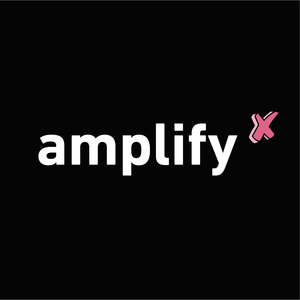 AmplifyX provides a platform that enables people to invest in artists, funding their music and empowering them to retain their independence and control of their creative journey. The investors then have an alternative asset that returns royalty payments over the lifetime of the contract. AmplifyX is painting over a traditional ...

system, finding new opportunities through data and analytics. They ensure each user is given what they need to perform at the best of their ability, whether that is measured in creativity or financial gain. They also deepen the connections between artists and their fans and investors.

Adam Cowherd is the Founder and CEO of AmplifyX. Prior to AmplifyX, he studied Engineering Physics at the University of Michigan where he worked in a high energy-density physics lab for almost two years. During his Junior year, Adam interned at Goldman Sachs where he discovered a passion for business. Upon graduation, Adam went to New York to work for Ernst & Young where he consulted global banks, asset managers, and credit card companies on digital transformations. After a few years, Adam made the move to Los Angeles to help EY build out their innovation practice. There, he worked with Fortune 500 clients to operationalize innovation centers, corporate accelerators, and launch next generation products/services. Adam left EY in 2019 to build AmplifyX to democratize access to the music industry by commercializing an asset class around royalty ownership.

When his work with Ernst & Young in the financial sector landed entrepreneur Adam Cowherd in Los Angeles, it wasn’t long before he started seeing gaps in the music industry landscape. Chief among them was the need for a new approach to royalties, one that could keep up with the rapid pace of innovation in the music business as a whole – and let an increasingly conscious public connect with the artists they love through direct investments. “There are a lot of opportunities here,” he says. “Musician financing has not been rethought or revolutionized in the last eighty years.”
This prompted Cowherd to found AmplifyX, the only FINRA and SEC compliant platform allowing investors to build a portfolio by directly funding musicians. The AmplifyX model is one of ingenuity and sustainability: upcoming and established artists retain control of their own intellectual property and career decisions, all while collecting up to 90% of royalties – as opposed to the current industry standard cuts, often totaling less than 20%. "This allows artists to have more equitable careers,” Cowherd continues. Investors receive royalties from streaming revenue periodically, over the lifetime of their contract, and can monitor artist data in real time through the AmplifyX investment portal.

For investors, this translates to the ability to invest in music and artists they believe in, something that has been difficult in an era of technological acceleration. “We saw distribution change so many times,” says Cowherd by way of example. “First from records to tapes and CDs, then to digital downloads, then to a streaming model.” But where promotion, manufacturing, and even touring (especially in the era of COVID-19) are always subject to change, music itself is evergreen, a fundamental facet of human life. The democratic nature of investing through AmplifyX promises a more fan- and merit-based field of artists, which should especially appeal to younger investors who know which artists’ voices they feel are worth lifting up.
For artists, meanwhile, AmplifyX offers a refreshing alternative to the ambiguity and high-barrier nature of the existing royalties system, which VP of Business Development Kelli Richards describes as “very Byzantine.” As the original leader of Apple’s music division, and a former major record label exec, Richards is fluent in industry workings and brings that understanding of what artists want and need to her work at AmplifyX, which she describes as “very focused on transparency to all constituents, the artists and investors alike.”
Other members of the AmplifyX team come from “the intersection of the tech and entertainment industry,” Cowherd notes, including Chief Technology Officer Joel Luxenberg, “who helped revolutionize and create the crowdfunding industry in addition to working at different AI and crypto companies” and advisor Robert Flynn, a founding partner of pioneering online audio company Liquid Audio in the 1990s. Hence, the seasoned team is accustomed to spotting needs and finding viable, dynamic ways to fill them.
“We want to give the power back to the people,” Cowherd summarizes. Thanks to his vision and the team’s collective expertise, AmplifyX is uniquely well-equipped to deliver on this promise, bringing fans, musicians, and investors together in a new asset class that aims to make a sustainable systemic difference.